Judging by the time difference between Season 1 and 2, we can expect Stranger Things Season 3 at the end of 2018 at the earliest – and maybe even at the start of 2019.

In December 2017 David Harbour said fans “probably won’t get [Season 3] until sometime in 2019” because the Duffer brothers “need time” to write it. “Those guys work so hard,” he said. “I mean, they just sit in their apartment and write for 12, 14 hours a day.”

Netflix officially renewed Stranger Things for season three on December 1, but didn’t confirm either the episode count or when exactly the show would return.

The first season dropped in July 2016, but Netflix had commissioned the second before it even landed. Season two was timed to coincide with Halloween, and came out in late October 2017. Given that the third season didn’t start filming until spring 2018, that could mean waiting until 2019 to see it.

“I mean, one of the things that’s annoying for fans is that it takes us a long time to do them,” David Harbour – aka Chief Hopper – admitted. “Like, you probably won’t get [season three] until sometime in 2019.”

On-set photos show that David Harbour’s character has decided to get rid of the beard and just leave a great big bushy moustache instead, because why not? 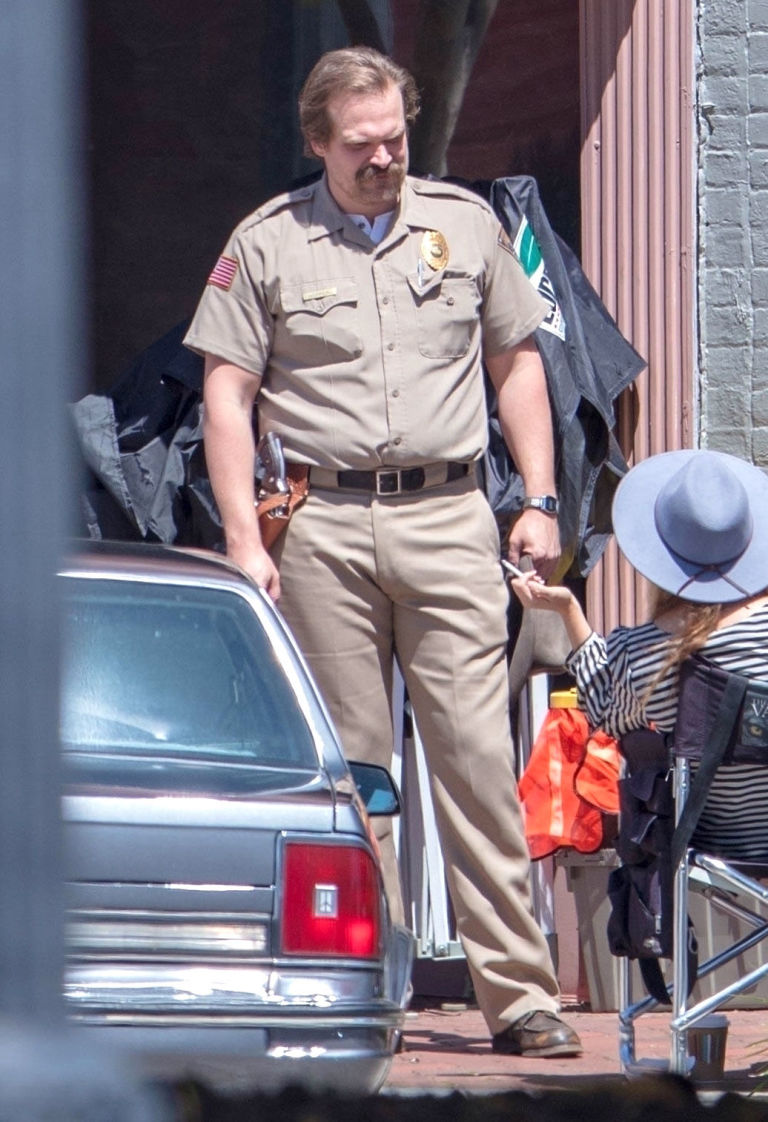 Filming started on season three on April 20 with Netflix releasing a video of the table read and the cast reuniting.

Millie Bobby Brown also shared a photo with her surrogate father, seemingly before he shaved. “Hey, we wanted to say hello! This is Hop and i’m El! Together we are Father and Daughter,” she wrote.

Season three of Stranger Things is confirmed to be a bit shorter than season two with eight episodes, with around half of the scripts written so far. “The rest of them kind of get written as we shoot, as we edit, as we go,” series producer and director Shawn Levy said.

“I’m once again directing the third and fourth episodes so that I can give the Duffers a breather, and send them back into the writing cave, so that they can buff out the rest of the season.”

Netflix released a video officially announcing start of production on the new episodes, giving us a look at the first table read:

But how many episodes are we getting to binge? Back in January 2018, Levy revealed that this would be an eight or nine episode season.

“The number of episodes will be dictated by the amount of story that excites us. We now know what is going to happen in season three to every character,” he confirmed.

Reports surfaced in February that the new season would indeed run to eight episodes (one less than the previous run), which was officially confirmed in April. As with the previous two seasons, the Duffer Brothers will direct the first two episodes, with Levy directing the third and the fourth.