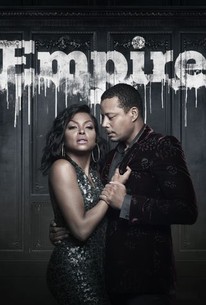 A music mogul plans for the future of his empire as his three sons and his ex-wife battle each other to become the next heir apparent to the hip-hop throne.

synopsis: In the Season 4 premiere, Lucious makes his first public appearance since the explosion in Las Vegas to help celebrate Empire’s 20th anniversary, but still has no memory of his family, Empire or his life before the accident. A devastated Cookie struggles to rebuild her relationship with him, while keeping a close eye on his nurse. Meanwhile, Andre is faced with an investigation by the LAPD; Diana DuBois continues her war against the Lyons; and Carlotta comes face-to-face with Cookie and Lucious.

2. Full Circle | Get Subtitle <<
synopsis”:”With Leah still insisting that he is a monster, Lucious sneaks away in hopes of finding out what type of person he was before the explosion. Cookie panics that Lucious has gone missing on Claudia’s watch, until she realizes he found his way to Uncle Eddie, a music icon who has since become family to the Lyons. Meanwhile, with Anika still behind bars, Hakeem and Tiana grow more comfortable as a family, and Becky makes a rash decision regarding Jamal’s new song.
3. Evil Manners | Download Subtitle <<
4. Episode 4 | Download subtitles <<

Kindly Bookmark this page to be updated on New Episodes Releases